Here's what you need to know:

For many, working in higher education represents their life’s calling, based on their aptitude, passion and maybe their own college experience. For others, it is truly in their blood.

“Having first- and second-generation employees speaks not only of a great place to work, but also to an extremely proud family legacy from a parent’s perspective for the child following in the footsteps of his or her parent,” said Ricardo Coronado, associate vice chancellor of Human Resources. “They likely will have a strong desire to be here and likely will become high performers and enjoy a successful career as a result.” 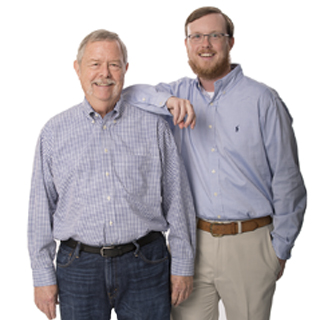 Rick Heyser, director of technical support services, said his fondest memory of TCC is when his son, Robert, got a job with the College. Robert joined TCC in 2009 as an online technician and now serves as director of web communications.

Rick praises TCC for providing excellent work-life balance and the ability to participate in family events while fulfilling job duties. Because Robert works at TCC, Rick has more time to spend with his son and can watch as he grows in his field.

Robert feels fortunate because working for the same employer as his father provides him an opportunity few get to enjoy. “It has been great knowing I always have someone nearby to talk to for guidance—both about work and life in general,” he said. 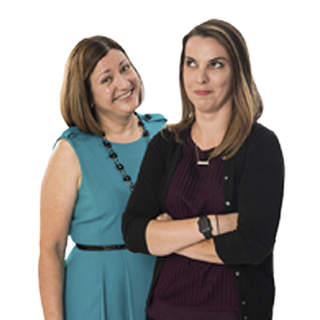 NE Vice President for Academic Affairs Linda Braddy considers TCC a “great place to work for anyone.” She believes it is a good fit for families because “it is such a large organization with locations throughout the county, which allows for some ‘space’ between family members; you don’t have to worry about nepotism issues the way you might in a smaller organization.”

Linda’s daughter, Vanessa, an academic support specialist at TR, agreed. “It’s big enough that you can be your own person and be successful in your own way, but still grab coffee or lunch together now and then.”

Vanessa credits TCC with helping her move into a new career field following her five-year stint in the U.S. Army. Currently, she is working on double master’s degrees in data analytics and marketing research.

It’s so cool to have my daughter work here. I love it when people tell me how much they enjoyed working with her. I am so proud of her.

Lynn Jones, an on-call administrative office assistant with TCC Human Resources, joined the College in 1980 as an HR specialist. She praises former TCC Chancellor Erma Johnson Hadley for hiring her and teaching her about the human resources field.

Jones believes that “TCC is a perfect place for families to bond, grow and excel.” She said it means a lot to work for the same employer as her son, Freddie Sandifer.

To work in the same place as my son is an unusual blessing that makes me feel I did something good and right to inspire him. 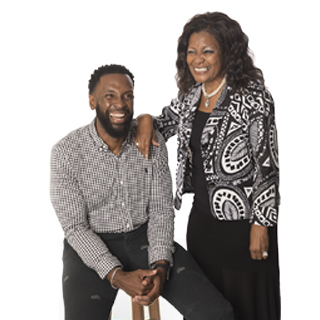 That inspiration started early. Sandifer said his mother made him get a summer job working as a member of the grounds crew at TCC “to teach me the value of working hard and make me want to get my education.”

Sandifer eventually did join TCC in 2000 as an academic advisor for TCC South. He now serves as coordinator for student success for the Men of Color Mentoring Program. When Sandifer saw data that indicated African-American and Latino males did not do well in higher education, he believed they could, if provided a level playing field. He launched the Men of Color Mentoring Program in 2012. From its inception through fall 2016, 536 students have entered the program with 105 graduates and 136 degrees/certificates earned.

TCC seems to be a family tradition for Jones, Sandifer and the next generation as well. Jones said the College was an important factor enabling her son to go to college and receive his master’s degree. Sandifer’s son, Freddie III, is taking Dual Credit classes through TCC and Birdville ISD.

“Getting to come to work and see my mom is a joy and privilege,” said Sandifer. ”I just want to make my mom proud and make sure I keep up the tradition of being a dedicated hard worker who is valued by my colleagues and the District. I have big shoes to fill, but she raised me, so I know I can do it!” 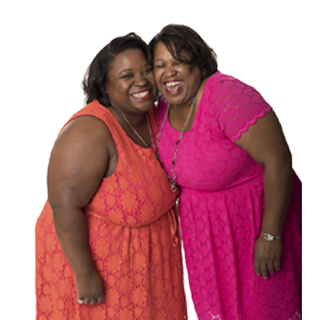 Cheryl Jones, an administrative accounting clerk, said TCC gave her the confidence to start attending classes. She completed her Associate of Arts and now is attending Tarleton State University.

Her daughter, Summer Abney, an on-call senior office assistant in the NW Aviation Maintenance Department, praises TCC for making a difference to so many. “Every semester, a student’s life is changed as a result of their attending TCC,” she said. “There’s that sense of accomplishment for them and me.”

Freddy Franco, an inventory clerk at South, knows the difference TCC can make in someone’s life. “As I see all the students going to class,” he said, “it makes me feel how far I have come, knowing I was once a student like them, too.”

Freddy attended Upward Bound TRIO, a federally funded program that provides students with year-round support in high school and prepares them for college. He also was the first to graduate from the Chancellor’s Emerging Leaders program.

According to Freddy’s father, Miguel Nava, a groundskeeper/gardener at South, “This college changes lives.” He said TCC classes helped him with his English-speaking skills. “There are really good people here and great programs for everyone.”

Rachel Lopez, administrative office assistant in Student Success and Completion, is glad to be a part of TCC. “I see that we are constantly changing to keep up with the times and to be in tune with students, young or old,” she said. “We are all working together to help students and support each other.”

Lopez’s daughter, Mariza Olmos, an academic support specialist in Community & Industry Education Support Services, reflected on the moment she knew she wanted to work for TCC. “I was a full-time musician, and I met a gentleman at a gig who told me he worked at TCC, and that I should go to school there.” He gave her his work number.

When Mariza came to the Northwest Campus, she felt overwhelmed and called the man who encouraged her to visit. He gave her a tour of the campus, took her to her to an academic advisor and said to come see him any time.

When he left, she told her advisor, “Michael is so nice. I’m glad he helped me get here.” The advisor said, “That is Michael Saenz. He is the president of Northwest Campus.” For Olmos, that was a defining moment. She knew she wanted to work for TCC, help students and become like Saenz. “Although he was president, he was about his students,” she said.

Ultimately, Olmos did come to work for TCC in 2008. She also returned to school in 2010. She completed her associate degree in 2012 and graduated from the University of Texas at Arlington with her bachelor’s degree in May 2017. She plans to pursue her Ph.D.

I am very fortunate to work for people who understand the importance of education. My supervisors are my biggest cheerleaders when it comes to school.

Faculty member/Speech and Drama chair at TCC SE, Pert Durapau, was among those who moved from TCC Northwest to open TCC Southeast. “Being a group of dedicated, hardworking and caring professionals and finding ourselves with others of the same mindset, we were able to weave those same qualities into the fiber of Southeast,” she said. 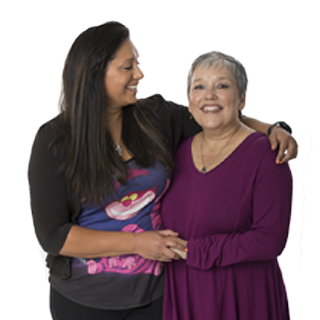 Her daughter, Madison, works at Southeast as well, where she is an instructor of English. She was a newborn when her mother started at TCC Northwest. She said the teachers at the Children’s Center at Northwest “helped to spark my creativity.”

Pert finds working with her daughter to be a blessing. Getting to see my daughter pursue her passion for teaching and to witness how very much she cares about her students is a privilege I treasure," she said.
Would she recommend TCC as an employer to future generations in her family? “TCC is a great place to work,” she said. “People care about one another and work diligently to make the lives of others better.”

Pert considers the newest addition to their family. “Madison’s sister brought a little girl into world the just recently,” she said. “Who knows? Maybe she will find her passion in education as well.”