Many parents see their children follow their examples when choosing an employer. Tarrant County College hosts a number of first- and second-generation employees and for many, their legacy endures long after they have left the College. 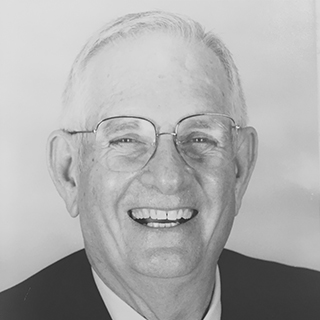 South Campus had only been open two years when Joe Ed Spencer joined the staff as bursar in 1969. “I feel like I grew up at the College,” says his son, John, who now works at TCC as District registrar and director of academic support services. “I still meet people who knew my dad, and I have a sense of honor in continuing to work where he spent most of his professional career.” 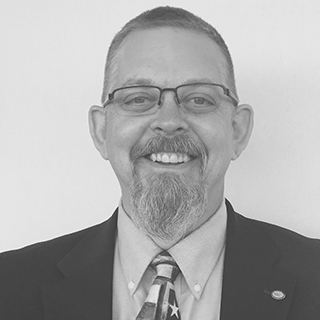 John says Joe Ed’s colleagues often mention his integrity, easygoing nature and sense of humor. “No matter his position at TCC, he always was approachable; he went out of his way to know as many employees as possible. I feel obligated to serve TCC and Tarrant County in a matter that honors his legacy.”

The ‘70s were a time of racial unrest at the South Campus. Mitchell McEwing, who started there in 1971, drew upon his experience in teaching and coaching at I.M. Terrell High School, where he had a good relationship with students. He saw the disharmony as an opportunity to meet with the Black Student Association and listen to the problems they faced.

Following the meeting, the strife began to ease. “Word got around what the South Campus was doing to make students successful,” Mitchell said. “We established a code of what to expect and assisted students to be authentic about their concerns.”

Mitchell was thrilled when his son, André, joined TCC in 2012 as supplier diversity manager for the District. “TCC was a match to Morehouse, where André graduated from – concerned with the success of students,” he said. He appreciated the opportunity for André, who had corporate finance experience with Lockheed Martin, Nabisco, Pepsi and Waste Management. 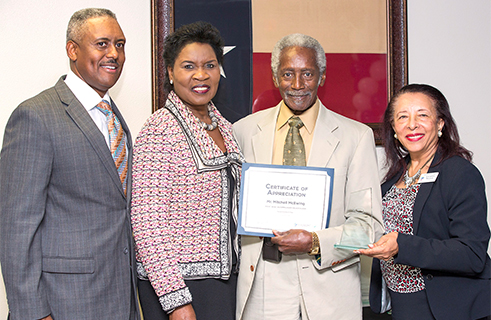 André was 10 years old when his father joined the South Campus. The son of two teachers, he considers the classroom invaluable. “It’s a time to engage students, find out their thoughts and empower them to be better students,” he said. “Dad challenged students to be critical thinkers.”

As he runs into those his father promoted while serving as dean of students, André finds it heartwarming when asked, “Do you know Mitchell?” He basks in the glow of his father’s reputation and says as an only child, it motivates him to do his best.

Northeast Campus opened in 1969. Two years later, Corine (Wilson) Aaron started as a clerk in the Registrar’s Office. In 1973, she transferred to the District office, serving as secretary to the director of personnel. Following the director’s retirement, former TCC Chancellor Erma Johnson Hadley became director of personnel and later, vice chancellor. Corine ultimately transferred to the new Northwest Campus, working for the dean of instruction and later in the Bursar’s Office.

Corine says she only has good memories of her time at TCC. “When either of my children were job searching, I always got busy to see if there was an opening they could qualify for and be interested in.”

Her daughter, Connie (Wilson) Wiebe, did indeed find work at TCC, first from 1975 to 1978, then returning in 2004. She currently serves as administrative office assistant for District Communications, Public Relations & Marketing. Connie, too, is thankful for her time at TCC. “Finding a healthy balance between being a working, single mom and raising a family can be challenging,” Connie said. “I look back and recognize the blessing TCC has been for me in allowing the flexibility of my schedule to meet the demands of family life.” 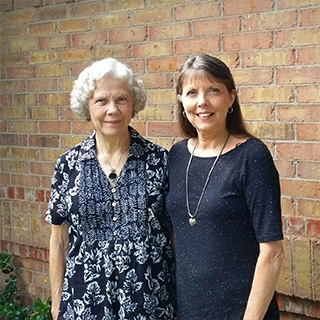 Both Corine and Connie have made their mark at TCC, according to Linda Hines, on-call director of analysis. “In my 42 years of service at TCC (TCJC back then), I have worked with a lot of nice and efficient people, but none can top Corine, who served as the administrative assistant to the academic dean, Ray Van Cleef, on Northwest Campus,” she said. “As the division chair of the Life, Physical and Social Sciences and in a time of growth, I was busy adding classes and helping students. Corine was ready with rooms available or whatever else I needed to get the job done.”

Years later, when Connie applied for a job in Public Relations & Marketing, Hines received a request for a reference. “That was an easy one for me because I knew she had the character and work ethic of her mother,” she said. “What a great addition Connie has been to the College!”

John Spencer says he would definitely recommend TCC as an employer to future generations in his family. “There are many ways to make a living, but what we do at TCC has the potential to change peoples’ lives,” he said. “I want all my future generations to have the privilege of making a difference in the world with their vocation; working for TCC is a great way to achieve that goal.”