Today’s technology landscape is bigger, better and with more bandwidth than ever before, and women have myriad opportunities to pioneer this ever-growing frontier. However, even with these opportunities, the shortage of women in the tech world is more culturally driven than one might assume. With effort, though, it may be an easier problem to fix than once thought.

In the 20th and 21st centuries, women have been responsible for the technologies people use every day, and have been at the fore of almost every major scientific achievement, from windshield wipers to moonwalks to smart phones. Despite the historic achievements by women, the number of women in chief technology officer positions and the women in technology as a whole are minuscule. And, the underrepresentation of women in all science, technology, engineering and mathematics (STEM) fields is complex.

Ken Moak, department chair of Computer Science at TCC Northeast, suggests reasons might range from fear of ridicule at school, to lack of encouragement from teachers or family, to concerns of being stereotyped as “nerdy” Additionally, women may believe that traditional family roles (including the needs children or family place upon them) and the marginalization in position, pay and bias from the “good old boy network” could make this career choice less desirable than it actually is.

Girls and women may just not be into the field or think it’s interesting. And some may persuade themselves that they wouldn’t do well in technology jobs because they don’t see many women role models to pattern themselves after.

For those who do find the field to their liking, “There’s basically no limit since companies are looking to add well-educated and competent hires to their workforces,” Moak said. “And, women fit that bill in a lot of ways, along with adding diversity and changing the culture of companies. It’s a field that’s wide open and jobs are there for the taking. If a woman thinks logically, if a man thinks logically, they will do well. Science is logical and the problems that need solving are going to take those logical thinkers.” 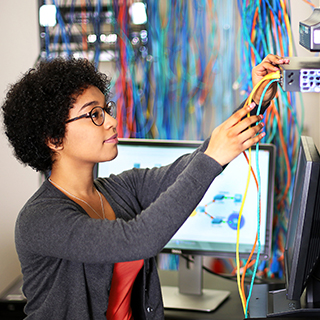 TCC has long been dedicated to enhancing the opportunities for students in Tarrant County and North Texas to gain a quality and affordable education. With the robust STEM-focused curriculum at TCC, entering a technical field of study and earning an associate degree or technical certification has become one of the quickest and most direct pathways to careers in technology that pay well and offer opportunities to advance.

A study published in July 2016 on the website for the journal, Science, followed 2,266 undergraduates at 129 two and four-year colleges and universities enrolled in Calculus I (often a prerequisite for continuing in a STEM field). The study indicated that female college students are one and a half times as likely as their male counterparts (enrolled in the same class) to leave science, technology, engineering and math studies after completing the first class.

The study cited lack of confidence in mathematical ability, not mathematical capability itself as a major factor in dissuading female students from pursuing STEM. Findings indicated that addressing this confidence gap could help boost the representation of women in STEM. “If women stayed in STEM after Calculus I at rates similar to men, the number of women entering the STEM workforce would increase by 75%,” according to lead author Jessica Ellis, assistant professor of mathematics at Colorado State University, “and women would make up 37% of the entering STEM workforce, a step up from the 25% they currently compose,” Ellis said.

Over its 50-year history, TCC has long been an advocate of bringing women into the technology courses offered at its campuses. Former Vice Chancellor for Information Technology Maria Shelton is a prime example of a woman who took early advantage of technology offerings at TCC. Shelton came to TCC in the 1970s after earning a bachelor’s degree in political science from the University of Houston and teaching in the Fort Worth public schools, of which she was a product during the era of segregation at Dunbar High School.

“I chose TCC (then Tarrant County Junior College) because it was the only college in the area where I could take a full IT program without having to major in computer engineering,” said Shelton. “I knew after I’d taught school a couple of years that programming could be applied to instruction and make some of the rote activities in the classroom much more effective. I love technology—it makes problem solving much more effective and it is always evolving,” Shelton said.

Regarding her views on the current state of technology and what it takes to be successful, Shelton said, “Perseverance, with a bent toward logic and good access to training, is key to getting the necessary background for a career in technology.” And while she emphasizes an aptitude in math and an interest in technology are necessary, the people who really get ahead have strong verbal and written communications skills. “If you can’t communicate to your user/client effectively, you won’t be able to solve their problems. But if you CAN communicate well, it makes you that much more valuable,” she said.

Shelton suggests that a fundamental reality might be perpetuating stereotypes and myths about women’s tenacity in technological fields: men continue to dominate the industry. Because they dominate the industry, women have difficulties ascending the ranks. In other words, a chicken-egg conundrum.

I love the challenges offered by networking. The field is always changing and you have to continually keep learning and keep up with new certifications.

Hester hasn’t found anything but respect from her fellow classmates, while being one of only a handful of women in any of the networking classes. “The good old boy network doesn’t so much exist yet on the networking side of the field. It’s still too young for that,” she said. Hester points out that what one knows how to do is sometimes more important than the specific degree one might hold. While pointing out that though she has an MBA, she knows that without the Cisco networking certifications she has earned through the Cisco Certified Networking Associate (CCNA) program at TCC Northeast, she wouldn’t have had the opportunities to reinvent her career and gain her current job with the IT solutions provider, Presidio, handling client-side networking.

Additionally, Hester and TCC are able to boast about her award-winning Cisco skills as the winner of the Cisco Networking Academy NetRiders USA and Canada 2015 CCNA Competition—a double honor for Hester (as the first-ever female winner) and for TCC to have a student place first. 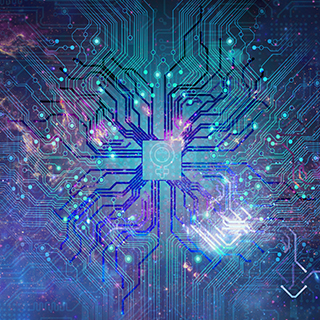 Maria Johnson, District manager of User Support and Software at TCC, realized technology was her "thing" while attending Randolph High School in Universal City, Texas, just outside San Antonio. "I liked how technology was always changing, so there was always something new to learn,” said Johnson. Because of this newfound interest, it was natural that Johnson planned a career in the field.

Johnson manages security and access permissions for the District’s administrative applications including the District Help Desk and TECH 24/7. When users report system issues, Johnson and her team of technicians are the ones who manage the resolution. “There are days when things are calm, but working in IT, things change quickly,” she said. “I’m truly passionate about helping people and I get a lot of gratification knowing I can help solve an issue or computer problem allowing people to continue to do their job effectively.”

Joan Shriver, computer science instructor at TCC Northwest, sees the landscape for women in technology evolving with the approach of 2020. While observing a small group of girls last summer in a programming boot camp for kids, she saw genuine excitement. These young girls were dedicated to the class, enjoyed themselves and found excitement in those "ah-ha" moments. One of those moments happened when a girl began assisting some of the boys with programming challenges.

With the right encouragement, I believe girls will be confident to enroll in courses that build technical foundations, like higher-level math, programming or app development courses. In the not too distant future, women will be a force to be reckoned with in the technical fields.

Following on Shriver's theme, Liz Eggleston with the website STEMINIST, which focuses on women in STEM, pointed out that women are largely underrepresented in the software engineering field where women make up only around 20 percent of the computer programming world. In the U.S., plenty of organizations are attempting successfully to drum up interest in STEM fields among K-12 classes.

Mary McCuistion, Cisco Certified Network Associate instructor at TCC Northeast said, “Any female, just like any male, who is motivated and willing to confront the challenges of being successful, can be."

The ‘Internet of Things’ is becoming a reality and the demands for networking skills are only going to grow and get bigger. The jobs are out there and the shortest path to a career in IT would be the solid knowledge gained by certificates. A degree in computer science would tend to offer more opportunities throughout your career, but it’s not required; certifications are really the first jumping off point.

Overwhelmingly, Hester, Johnson and Shelton agree the sky’s the limit for anyone with the will and fortitude to devote to learning skills that are ever changing, challenging and that drive everything people interact with on a daily basis. With the number of IT awards conferred to women from TCC over the past two years reaching upwards of 15 percent, there should be a measurable increase in women filling technology jobs throughout Tarrant County and North Texas.

Women are not an anomaly in technology and, in fact, have been front and center for centuries. Consider that the first woman computer programmer was not a 20th century Massachusetts Institute of Technology super-genius but, rather, the daughter of a poet. Augusta Ada Byron, later to become Countess of Lovelace, was the daughter of one of poetry’s greatest voices, Lord Byron. Ada Lovelace was a gifted mathematician in an era that did not have high expectations for women…particularly in math and science.

Despite the requisite roles that lay in front of her (including marriage, proper life in the noble class and motherhood) Lovelace was a brilliant mind. Counted as a great mathematician and writer, along with her work experimenting with the new computational machines—most specifically the Analytical Engine, an early mechanical general-purpose computer invented by Charles Babbage—Lovelace is commonly considered the first computer programmer. Her achievements so rich in scope, have in modern times have lead to Ada Lovelace Day, an international event held annually on the second Tuesday of October. In 2016, the day boasted 80 events in 55 cities and in 18 countries on more than six continents.

Following Ada Lovelace, a handful of women through the years have provided great and enduring contributions to the field of technology, even if not recognized by name or deed until late in life or after. Another such woman who prominently figures in the history of women in technology was Joan Clarke, a British cryptanalyst and numismatist who worked alongside Alan Turing to create the Turing machine.

Clarke, now best known thanks to a romanticized Hollywood movie, served as the only female codebreaker at Britain's WW II secret codebreaking center, responsible for deciphering the German Enigma machines. The Turing machine was able to decipher Nazi code, which turned the tide of the war and ultimately directly contributed to the Allies’ defeat of Nazi Germany.