Louise Appleman has always maintained that Chancellor Joe B. Rushing sort of snookered her into seeking a place on the Tarrant County College Board of Trustees. After agreeing in 1988 to run to replace May Owen, but before the election, she decided to attend the College’s graduation, only to hear Rushing announce his retirement.

“I wondered what I’d gotten myself into,” she said later and has jokingly chided Rushing ever since for “deserting me in my hour of need.”

It had been Rushing who first spotted Appleman as a potential board member. Attending a 1987 meeting of a Fort Worth Mayor’s Task Force on Social Policy Issues, he was struck by the aplomb with which she chaired the meeting and guided the discussion. That evening, he called Board President Ardis Bell and said, “I’ve found our candidate.”

He later pitched the idea to former Board President Jenkins Garrett, whose only reaction was, “Do you think we can get her?”

They could, indeed, and now, 30 years and three chancellors later, Appleman is stepping down as a member and president of the board. “Thirty is a nice, round number,” she wrote in an email to fellow trustees in announcing her decision. 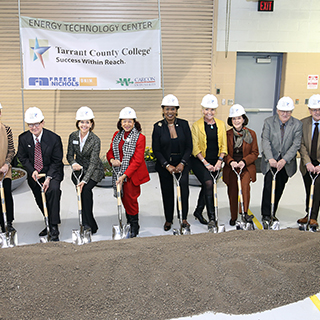 She demurs at singling out any personal accomplishments during her tenure but has no hesitation listing strides the College has made. “As you can imagine, 30 years brings lots of memories — most of it associated with the word, ‘growth,’” she told the The Collegian, TCC’s student newspaper.

She points to three new campuses — Southeast, Trinity River and Connect — as well as to the rapid growth of dual credit programs and early college high schools. “Then there are our connections, our partnerships across the county with businesses and with area universities that really serve our students well,” she said. “And we’re where it’s happening in terms of workforce development.”

Even so, Appleman laments that “we’re still the best-kept secret in town.” She tells of a recent encounter with a man who didn’t know the College had changed its name from Tarrant County Junior College 20 years ago and that it is governed by an elected board. Another citizen grouched to her about the high amount of his tax money TCC was getting. Turns out he was confusing the College with one of the public school districts.

“Sometimes I think we do our work too well and people take us for granted,” she said. “Then there’s a problem and they perk up.”

And there have been problems. “The Trinity River East Campus was a really ambitious undertaking and a challenging one,” she said. “And when we were halfway through, we got challenged and were able to prove its value in continuing the construction. And that campus has won accolades and awards, not only for its design, but also for the programs it houses.”

But it has been the faculty and students, not buildings, that have been Appleman’s focal points over the years. She quickly earned, and has maintained, a reputation of being accessible to faculty members, sometimes to the discomfiture of administrators. 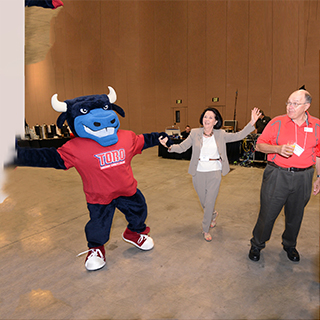 Shereah Taylor, who teaches education at TCC South, has worked closely with Appleman in her role as president of the Joint Consultation Committee, the faculty’s official organization. “One of the things I’ve noticed about her is her strong desire to see students succeed,” Taylor said. “And it’s as a result of this desire that she connects with the faculty — calls us by name, asks us about classes and what’s going on.

“She really has a heart for what’s happening in our classrooms. There’s a genuine interest in faculty — what we need and how we can be supported. She exhibits a spirit of collegiality that doesn’t always exist between faculties and governing boards.”

And it’s not just talk. With her husband Gordon, she has established the Appleman Professional Development Fund within the TCC Foundation that, according to the Foundation website, is designed “to enhance proficiency, increase effectiveness and improve expertise through programmatic needs and activities of faculty and staff.”

This student-centeredness has not gone unnoticed by her fellow trustees. 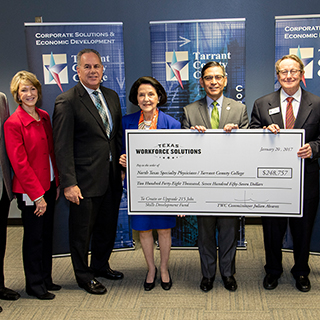 “I have witnessed that she always remains focused on doing the right thing for our students,” Trustee Diane Patrick said, “and she attends dozens of TCC-related functions on their behalf each month. We appreciate her many years of dedicated service, and we will certainly miss her years of wisdom and her commitment to our students.”

TCC has been only one in a long parade of civic endeavors that have availed themselves of Appleman’s expertise and energy. She’s been a stalwart for Workforce Solutions, Scenic Fort Worth, the United Way, Streams and Valleys Inc., the Junior League, Fort Worth Chamber of Commerce and the Community Foundation of North Texas, among many others.

“We are grateful for Louise’s dedicated service to TCC and Fort Worth over the past 30 years,” said Fort Worth Mayor Betsy Price. “Throughout her tenure, she was a constant trailblazer and a tireless advocate for our community. The driving force behind TCC’s growth and advancement in a changing climate, Louise has been an incredible partner for Fort Worth. I am fortunate to call her a dear friend, and I wish her the best in her retirement.” 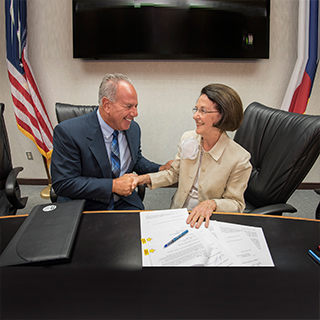 No matter how many pies she’s had fingers in, she’s always tried to find a slice for TCC. “Her leadership has positioned TCC as the impetus for productive partnerships with other educational institutions, business and industries,” Patrick said, “giving students unparalleled access to affordable, high-quality education and successful transition to the workforce.”

Chancellor Eugene Giovannini agrees. “She has been a tireless supporter for our students, faculty and staff,” he said. “In the Tarrant County community she has advocated for TCC’s recognition as a vital workforce partner throughout the North Texas region. We are grateful for the leadership she has provided during her many years as board president.”

Appleman does not, however, intend to quit TCC cold turkey. “I’m hoping that Joe (McIntosh), David (Parker) and Janet Hahn, who’s the new chairman of the TCC Foundation, will say, ‘Well, why don’t you just stay on the Foundation board?’ That way, I can continue to snoop around.”