Following the end of World War II, an unprecedented number of children were born between 1946 and 1964—one baby every seven seconds. Known as the baby boomers, this demographic cohort began a lifelong pattern. As they matured, they overwhelmed and sometimes exhausted the various services and programs that had adequately served prior generations. That trend is poised to continue.

“In 2050, the number of Americans aged 65 and older is projected (by the U.S. Census Bureau) to be 88.5 million, more than double its projected population of 40.2 million in 2010,” said Tarrant County College Long Term Care Administrator (LTCA) Program Director Regina Franklin-Basye. “In 2010, the baby boom generation (was) 46 to 64 years old. By 2030, all of the baby boomers will have moved into the ranks of the older population. This will result in a shift in the age structure, from 13 percent of the population aged 65 and older in 2010 to 19 percent in 2030.” 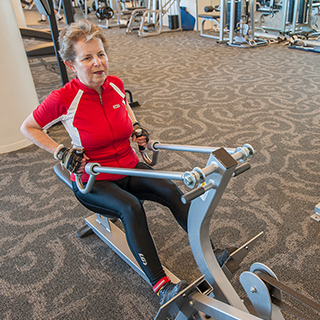 This “Silver Tsunami” will require more long term care administrators to meet the needs of the exponentially larger aging population. “The need for administrators to oversee the provision of quality care will be increasing, which just reinforces my decision and commitment to continue working in long term care,” said Connie Hernandez, an LTCA student scheduled to graduate in May.

Though not her original career choice, it is a profession that Hernandez embraces.

“I had started my career with a desire to work with at-risk youth and had no interest in working in long term care. As fate would have it, I was led to a job working with older adults and quickly fell in love with this population,” said Hernandez. “I feel honored to have had the opportunity to help people who are in a vulnerable position and may be going through a difficult time.”

Helping people was always important to LTCA student Jennifer Heath after she graduated college. “I found that working with (troubled) kids was a little too harsh on my heart and maybe adults would be better suited for me,” Heath said. “I liked the idea of helping a person that people have given up on or have forgotten about. I want to be a boss and run a loving, fun facility where people are happy to live.”

When recommending the program, she does so realistically. “I would tell them to get ready for overload on information. This program is a little rough working a fulltime job, but it is possible because I am proof.”

Applicants must have a bachelor’s degree or higher, a minimum GPA of 2.5 in a health sciences or nursing discipline from an accredited institution and proof of English proficiency, if English was not the primary language of their high school. 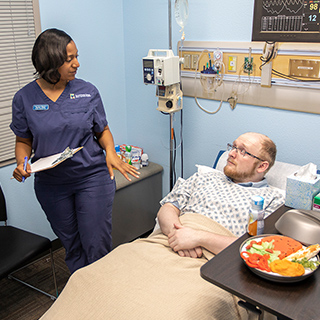 “Because of the increase in the number of residents/patients and the increase of care needs, long term care administrators must develop a keen understanding of how to manage the overall environment, as well as the needs of the individuals in their care,” she said. “It is further anticipated that residents will be admitted for longer stays. The current length of stay is approximately 2.5 years.”

Franklin-Basye said some of the complex health issues facing this older population include Alzheimer’s and other dementia-related disorders, arthritis (including osteoarthritis and rheumatoid arthritis), gout and lupus. Other challenges include the need for hospice care, kidney disease, pulmonary/ventilator care, wound care and therapies such as physical, occupational and speech.

A sub-population of the aging baby boomers easily can be overlooked by the general public. They are people with intellectual and development disabilities (IDD). “They are faced with a two-sided coin,” said Amanda Corrigan, president of Texas operations for Caregiver, one of the largest IDD providers in the state. Not only are they aging, but their caregivers (often their parents) also are aging, with many of them already in their 80s. These parents frequently worry about who will fill their roles when they no longer can, Corrigan said.

With increased health issues and concerns for replacement caregivers, baby boomers must also contend with how they will address rising health care costs, she said, adding that the lack of adequate government funding is contributing to the strain.

“I can tell you skilled nursing is the second most regulated industry in the United States, right behind nuclear power plants. And, it’s also one of the most poorly reimbursed,” Corrigan said. “They are making it extremely difficult. I can speak especially for Texas, being one of the largest, most poorly funded states in the union when it comes to Medicaid services, which is a state-funded program.” 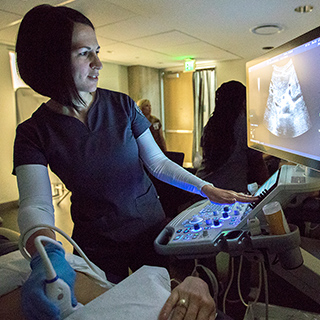 “We are still negatively impacted by low Medicaid Reimbursement. Texas continues ranking low—49th for Medicaid daily reimbursement rates.” The average daily spending for a long-term care resident is $186.22, but the total Medicaid reimbursement per day is $150, creating a shortfall of $36.03 per day, she said. “This creates an overwhelming negative affect on a facility’s bottom line. Most facilities are not profitable due to an increase in expenses needed to manage care of the residents on a daily basis.”

In addition to financial challenges, health care professionals also identify communications, higher expectations, transportation and home maintenance as hurdles that may be obstacles as the population ages. “The characteristic of the U.S. being a melting pot will impact healthcare,” said Corrigan, who earned her long term administrator’s license from TCC after working three years in admissions and marketing for a skilled nursing facility. “We have more and more people coming over from different countries. So one huge thing is that as that population continues to age, you are going to have a growing need for multi-lingual professionals,” Corrigan said. 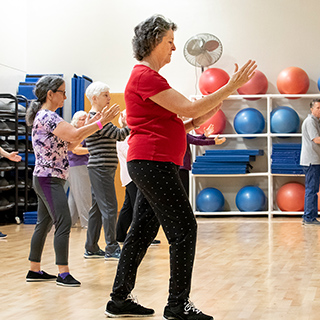 She said baby boomers most likely will be more discerning consumers who will require more from health care facilities. “Older adults now are so much more educated than what they were 20 years ago. They have so many more resources and they have greater access to information,” Corrigan said. “Because of their social economic status and having resources much greater than those demographics in the past, we are going to see a lot of changing of patterns and utilization and different demand for health care services than what we have seen in older generations.

For the increasing number of baby boomers who prefer to “age in place,” Corrigan said, they also will be saddled with figuring out how to manage the challenge of transportation and home maintenance.

“As people get older and can’t drive, they’ve got to be able to go from point A to point B. If they have a home and they are trying to age in place, there is going to be a demand for maintenance services to come and help them in their home and lawns,” she said, “Someone has to pick up groceries, get meds, because that’s what we are starting to see: more people trying to age in place.”

Not only are baby boomers changing the dynamics of what services this population will need, they also will leave a void as many of them leave their jobs as health care providers.

The vision is ‘to answer the needs of the community and to create a pathway of success for students of TCC and the employers of future TCC students.’

“(There was) a complete shift from the baby boomer population as being the largest group in today’s workforce to a very meager outlook of who might replace the millions of job openings across the country,” said TCC Assistant Dean of Health Sciences Troy Moran. “Not only are we soon to face a shortage of well-trained and prepared workers, the amount of systemic knowledge lost will have a huge impact on the learning curve for every industry.

“It is far reaching and will impact every aspect of health care from the housekeepers to the surgeons and from the dietary/culinary to the CEO. There is not a single profession that will not feel the impact of a mass retirement,” he said.