By sitting down and listening to someone’s history and experiences, in their own words, you are able to gain a better understanding of who they are, why they think a certain way and how their beliefs were formed.

It happens all too often. Regret. Thinking there will be enough time to hear stories from older loved ones or friends, only to have that door close once they take their last breath.

Enter Dave Isay. In 2003, he founded StoryCorps, a project that helps families record the stories of their loved ones. In his article, “Tell Me a Story,” in The Oprah Magazine, Isay said, “I’ve learned that amazing stuff emerges when you stop to ask a relative about his or her life.” Isay was six years old when he conducted his first interview with his grandparents and great aunts. He learned about his grandmother raising her sisters after losing their parents in the 1918 flu pandemic, and his grandparents meeting and falling in love as teens. 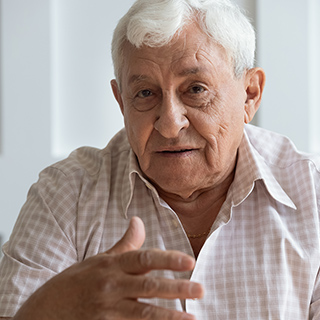 According to the StoryCorps website, the project has touched the lives of nearly half a million people. Isay says he is “a passionate believer in the power of the spoken word. To me, there’s something of the soul contained in the voice.” An online survey indicated 96 percent of respondents exposed to StoryCorps content indicated that it helped them better understand or empathize with those whose lives were different from their own. Additionally, significant numbers of respondents indicated greater understanding of issues faced by African Americans, military personnel or veterans and their families and LGTBQ individuals.

Since its launch, StoryCorps has collected and archived nearly 75,000 interviews from more than 150,000 participants from across the United States who visit one of their recording sites. In 2015, Isay won a $1 million prize from TED, the nonprofit organizer of conferences and lectures. That prize went toward the development of the StoryCorps app, which is now available on the App Store or Google Play.

“I’m real interested in the StoryCorps approach because I think we need to start getting oral histories from students,” said Tom Kellam, District archivist for Tarrant County College. “We have a diverse student body — people from different backgrounds — immigrants, first-generation Americans and college students, all sorts of interesting stories out there.” Although Kellam would like to see TCC gather oral histories from students, that hasn’t happened due to lack of funding and manpower. “I’m the director and the staff,” he said. 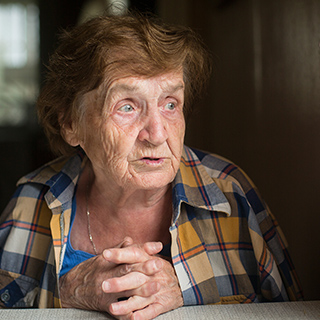 As District archivist, Kellam manages the Heritage Room, housed in the lower level of the J. Ardis Bell Library at TCC Northeast. One of the first collections in the Heritage Room was a Local History Manuscript Collection that includes approximately 2,500 documents, manuscripts, genealogies, family histories, oral histories and miscellaneous records relating to the institutions, businesses and communities of Tarrant County and Northeast Tarrant County. The project was overseen by former faculty member Duane Gage and now includes nearly 100 oral history manuscripts.

Other faculty members have assigned interviews, including Carlos Rovelo, who teaches Government and History at TCC South. He assigned five questions for his students to ask a diverse group of individuals.

Rovelo’s students surveyed 100 people each, asking their views on a controversial topic, noting age and gender to see how that impacted the answers they received. “At the same time, as they interview, they are having an interaction with themselves, because they realize what is important to them is not (always) as important to others,” he said.

According to Rovelo, some of the students are surprised for one important reason — they are interviewing people who may not be like them. “Your brain begins to be edited and that is the purpose of this exercise,” he said. “You are exposing yourself to people who might reject you.” The students learn to overcome fear of rejection and how diverse America really is.

One of Rovelo’s students, Victoria Skaggs, chose to interview people regarding their thoughts on abortion. She found the experience “nerve-racking,” because she wasn’t sure how people would respond. “I was surprised by the results,” she said. “I assumed no one shared my views,” which Skaggs did not reveal in her poll. “A lot of people agreed with me.”

Originally from El Salvador, Rovelo said in his culture, storytelling is important as is the family unit. “The passing of knowledge matters because they (family members) are contributors to your own formation,” he said. In his classes, he tries to get students to think about the legacy they are leaving for their future children and grandchildren.

“We all benefit from knowing each other’s journey. I could not relate to you if I do it based on my own assumptions,” said Rovelo. “If I know that your journey is specific to the place to you were born, the parents that raised you, the house where you grew up and the schools you went to, that will enlighten how I understand you. I know where you are coming from. It is a chance to enrich each other’s life.”

As a World History (Dual Credit) teacher with the Texas Academy of Biomedical Sciences (TABS), the early college high school based at TCC Trinity River, Patrick Crawford also assigns interviews. For several years, he has assigned students to conduct an interview with someone who was alive during the Cold War.

While the assignment initially elicits groans from his students, Crawford says some are surprised by what they learn in their interviews. “Overwhelmingly, the kids are happy they did it. They’ll say, ‘I talked to my grandpa before, but we never really talked about the war. I knew he fought in Vietnam or Korea, but I never heard his stories,’” he said. “On the flip side of that, their grandparents are happy that the younger generation seems interested.” 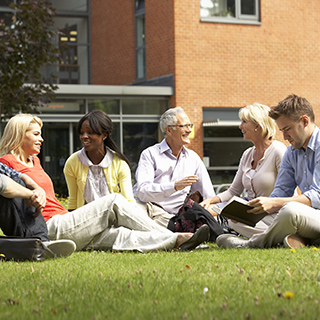 One of his students, Rodley Rodriguez, a junior, interviewed his great aunt about her experience with Communism in Cuba. He chose her for the interview because she lived in Cuba at the time Castro made it Communist. “I learned what Communism does to a community,” he said. “The government owns everything at that point, and they start taking over people’s businesses, like their property. You basically hand everything over to the government, and you start making less money. It’s pretty terrible.”

Rodriguez said it was “cool” to have his great aunt talk to him about Communism because they usually just make small talk. They had more discussions about Communism after their initial talk, and the experience drew them closer, he said.

Another student, Viann Nguyen, also a junior, interviewed her father for the assignment. “I never really talked about the Vietnam War with my dad before and his experience going through that whole situation,” Nguyen said. “This project opened a way for us to talk about it.”

As she interviewed her father, Nguyen was shocked to learn her father went to jail when he was her age. “He was helping people sneak out of Vietnam. The North Vietnamese caught him and put him in jail for months,” she said. “Many of my family were either jailed, some of them were killed during the Vietnam War.” Because of the size of the family, not all could go at the same time. Her father was in the first group to go to the United States. Some stayed in Vietnam and some moved to Australia. The family tries to meet for reunions every 10 years in Vietnam.

Nguyen said the interview made her more grateful for her father and the hardships he faced. “When he came to America, he barely knew any English, and eventually became an honors student.” She said she wants to make him proud with her education. “When my dad went through college, he wanted to become a doctor, but he had to quit and focus on the family.” Like her father, Nguyen wants to be a doctor. “I want to make his dreams come true through me.”

Another way TCC has encouraged dialogue between people is to offer Human Libraries. The concept, which started in Copenhagen, Denmark in 2000, was created to enhance understanding of diversity. Readers check out human “books” and interview them. April Martinez, assistant director of Library Services at TCC Northeast, has coordinated Human Library events at her current campus as well as TCC Northwest. The books, made up of members of the community and some TCC faculty and staff, were as diverse as the subjects they represented. Subjects included body image, disability, domestic violence, gender identification, immigration, military/veteran issues, philosophy, religion and sexuality.

According to Adrienne Cain, assistant director of the Baylor University Institute for Oral History, “Oral history is important because it allows us to capture diverse viewpoints, helps us understand change, enriches historical understanding and fills gaps in historical records.”

The process is intimate. “Oral history is a firstperson, unfiltered, unedited account told by the person who experienced it,” she said. “Oral history tends to humanize history and make it feel real.”

It creates understanding. “You may find a way to understand someone as well as develop compassion and/or empathy for them,” she said.

It demands attention. “Listen. Oral history requires you to be an active listener. When we engage in conversations, we often only listen to respond — meaning we really aren’t listening to the other person at all, just picking up on a few key words,” Cain said. Oral history trains and teaches you to listen in order to make connections and gain understanding.”

At the end of his TED Talk in 2015, Dave Isay encouraged his audience to interview a family member, friend or even a stranger. “Maybe these conversations will remind us what’s really important,” he said. “And maybe, just maybe, it will help us recognize that simple truth that every life, every single life, matters equally and infinitely.” 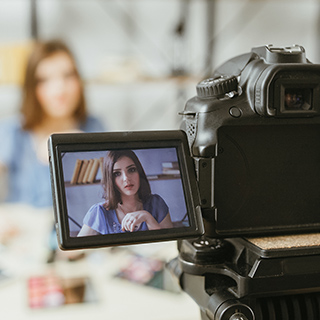 Transcribe the interviews to make them accessible and for help in producing scripts, storyboards and articles or books.

For those interested in learning more about oral history:

Twice a year, the Institute for Oral History offers a “Getting Started with Oral History” e-workshop, which is a six-hour interactive training that attracts newcomers to oral history from around the world. Participants are equipped to start using oral history methodology through instruction on project design, ethical and legal considerations, recording equipment, interviewing techniques and processing and preserving oral history.