People love freebies. Perfume samples, event tickets, complimentary magazines—folks will happily line up for pretty much anything at the mere mention of “free.”

But a fire truck? Jet aircraft engines? Diesel powerplants? Sure, they’re way cool, but most people won’t exactly find them sitting on their neighbor’s curb. And, what could a person possibly DO with stuff like that, anyway?

How about, prepare students for high-wage, high-demand careers in fields like firefighting, aircraft maintenance and diesel engine repair?

Big-ticket donations like these are heaven-sent for TCC’s Career and Technical Education (CTE) program. Armed with freebies from business partners like American Airlines, LG Electronics, Ford and many more, TCC can provide career and technical education to help build a strong workforce prepared to meet current and future regional and state economic needs.

In fact, TradeCollege.org recently ranked TCC one of the nation’s top community colleges offering associate degrees in the trades.

Here’s how donations make a difference.

The firefighting component focuses on realistic scenarios in a simulated city environment where students can practice live firefighting skills amid streets, homes, an apartment-hotel complex and high-rise buildings. There’s even a simulated train derailment with hazardous materials combustion.

“We’ve received significant donations in the past, for which we’re very grateful,” said Steve Keller, PSTC director. “The City of Grapevine donated a 75-foot-long ladder truck, which had passed its serviceable life for them, but began a new life with us.”

“Quite honestly, however, sometimes donations arrive out of the blue and just fall in our laps, which is really exciting,” he added.

He’s referring to a donation from Dutch-based Holmatro, a worldwide manufacturer of cutting-edge hydraulic rescue and industrial equipment. “Their electric/hydraulic tools, called e-draulic, set up faster than traditional hydraulics and allow better response times,” he said. “They gave us a brand-new set worth about $50,000 and lifetime free maintenance.” 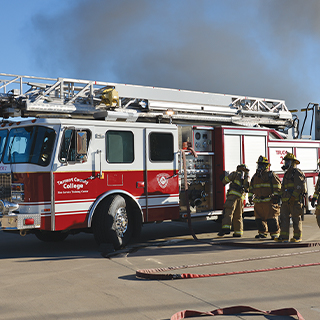 Another surprise gift: a $50,000 donation from the Wells Fargo Foundation to help build a Fire Behavior Simulator Lab (FBSL), sometimes referred to as a flashover chamber. “We were planning to build the lab on our own, but then our TCC Foundation office called and said they might be able to arrange some assistance,” said Keller.

Without donations like these, we wouldn’t be able to do what we do for our students. It’s just that simple and absolutely that important for our communities.

The Sky’s the Limit

Another popular course offering: aircraft maintenance. Manuals and textbooks are good starting points, but understanding how to tear apart, then reassemble, a machine that generates 50,000 pounds of thrust is essential in this line of work.

“We’ve received tons of stuff over the years,” said James (Clint) Grant, divisional dean for aviation, business & logistics at TCC Northwest. “American and Southwest have both donated engines from 767s and 737s that were no longer cost-efficient to repair. We have, for example, two of the world’s most popular and utilized engines, the Pratt & Whitney JT-8D. We’ve also got an Airbus CFM56 and a GE CF6, which powers a wide variety of civilian aircraft.” 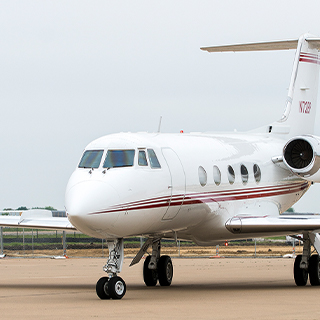 The same hands-on principle applies to TCC’s Professional Pilot Program (incidentally, the only community college program in Texas offering pilot training). Ground training is essential, and simulators work wonderfully, but there’s nothing like taking the controls for an actual flight. Fortunately, there’s no shortage of available aircraft.

“Bell Flight gave us a lab equipment for the new Non-Destructive Testing and Inspection and Evaluation program recently,” Grant said. “And over Christmas, we received a twin-engine Beechcraft B60 Duke. We have about a dozen aircraft, five of which were donated.”

Grant noted that TCC’s Aviation Maintenance program, located at Alliance Airport in the Erma C. Johnson Hadley Northwest Center of Excellence for Aviation, Transportation and Logistics, has been around as long as TCC itself.

“We’re well-established, so there’s no shortage of industry partners willing to donate,” he said. “American and Southwest are huge donors, but we also receive donations from many smaller specialty companies, like Byam Propeller Services over at Meacham Field. And, just a few weeks ago, a former student called me and said he’d like to donate an airplane. So it’s nice that our reputation gives us a solid business presence when companies consider donating used equipment.”

When it comes to keeping cool, Europe and other parts of the world prefer what’s called “mini-split” HVAC technology over American systems. Rooms have their own temperature zones without bulky ductwork, and the units are quiet, energy efficient and filter out allergens, too.

No surprise, then, that the devices are finally starting to take off here. To serve this burgeoning need, TCC South in 2018 partnered with LG Electronics USA and North Texas-based AC Supply Company to create a residential mockup space at the school’s Center of Excellence for Energy Technology. More than $25,000 worth of equipment was donated by LG Electronics.

“We also built a commercial equipment demonstration on multiple zone controls, and between the contractors and LG, we received nearly $64,000 of donations and in-kind service,” said Jeff Rector, department chair, Building Technologies. “This is a growing market and we’re at the leading edge.”

Rector also plays a pivotal role in arranging donations for the heavy equipment operator program, which trains entry-level workers for jobs in a variety of construction industries.

“It’s hard to practice with a bulldozer in someone’s front yard,” he laughed. “So we teamed up with Everman ISD, which rents us 42 acres for a dollar a year, and most recently with Archer Western Construction, who donated about $10,000 worth of rental equipment for the course. We dig a bunch of holes, fill them up again, and Archer picks up all the gear when we’re done.” 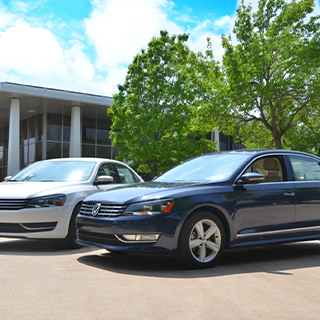 Another popular area of focus: automotive.

“It’s one of our more popular programs,” said Jim Martin, department chair of Automotive Technology at TCC South. “Toyota, Ford, Chrysler and Mercedes are just some of the big names in the industry who donate engines, transmissions, brakes, tools, supplies, parts and other automotive systems to our program, giving students real-world training opportunities.”

Case in point—Toyota’s T-TEN (Technician Training and Education Network) program has donated about 30 vehicles ranging from used, low-mileage Corolla sedans to full-size Tundra pickups so that students can disassemble and reassemble engines, transmissions, suspensions and other systems.

“Toyota is more than happy to invest so that their dealerships have a steady supply of trained technicians,” said Martin. “When they relocated their headquarters from Southern California to North Texas a few years ago, they were looking for a regional training partner. They saw value in what we were doing and now, they’re our flagship program and largest donor.”

Ford’s ACE (Automotive Career Exploration) and Chrysler’s CAP (Career Automotive Program) comprise the second component of TCC’s automotive program with technology contributions. “We have a long and mutually successful relationship with Ford. In fact, they gave us a brand-new, $20,000 diesel engine that students can tear down and rebuild to learn the intricacies of that equipment,” Martin said.

Another big name is coming online in the fall: Mercedes-Benz is contributing scanning devices and tools for their high-end products.

A third program component encompasses CREF (Collision Repair Education Foundation), which helps students become familiar with the tools of the trade—sandpaper, body filler, paint, spray guns, hoses, air regulators, masks, respirators—all the technology accoutrements needed to get vehicles back in shape and many of which are donated.

Martin said TCC’s automotive program welcomes between 100-120 new students every fall and in a year, they’re productive and rarin’ to go.

“Our partnerships with all these companies and organizations means that we can train people to get good-paying careers and be productive members of our community,” said Martin. “It’s a real win-win.”

The Role of the TCC Foundation

“We’re there to assist wherever we can,” he said. “Through these generous gifts, we can advance workforce development and strengthen our regional economy. It’s really the relationships between the faculty and their contacts in the industries that greatly help to bring in the donations. It’s all about partnerships and our CTE program has some of the best in the business.” 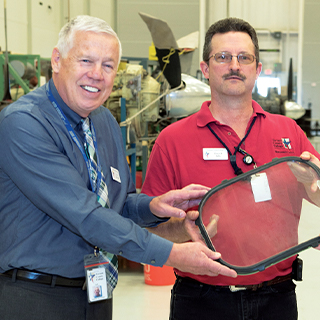