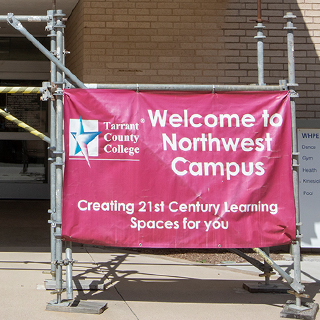 The administrative wing is gone, and most of the remainder of the original campus core will soon follow. In its place is a beehive of construction on the first two of four new buildings that will contain most campus offices. Only the newer academic building, the gymnasium and the maintenance building remain, and they will be “reskinned”—that is, given an exterior facelift to match the new construction. The Police Academy and Fire Service Training Center will be unaffected.

The budget for what’s being called a “redevelopment” is $320 million, with completion expected near the end of the fall 2025 semester.

Just as spectacular, though not currently as visible, will be a similar project at TCC Southeast. Unlike Northwest, there will be no wholesale demolition, but two new structures—a Student Experience Building and an Academic Building—will book end and fundamentally alter the look and character of the campus. The Student Experience Building will serve as a “front door,” and will be a one-stop shop where students will find key services such as testing, counseling and registrar’s office surrounding a large, common waiting area dotted with computer terminals.

The Academic Building will house mostly classrooms, labs and faculty workspaces, although an area on the first level is noteworthy as the home of the Culinary Arts Program complete with a catering kitchen, teaching kitchen, bake shop and—of course—a dining room. 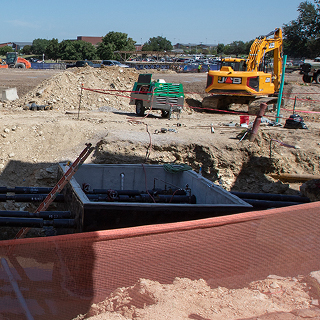 There are additional renovations to the current Academic Wing and the Library, which has morphed into a two-level Learning Commons containing not only books, but also a speech/language lab, writing center and a “sandbox” for experimental technology. The $125 million project is expected to be completed by November 2024.

These are marquee projects, but much is happening and planned on other campuses—new, “21st century” classrooms on Northwest, Northeast and South; new welding labs at South and at the Center of Excellence for Aviation, Transportation and Logistics at Alliance Airport; renovation of the Electronics Building at South and theater upgrades at Northeast, South and Southeast.

The bond program pie is divided into four pieces. The Northwest redevelopment has the largest at 38.23 percent. The Mechanical-Electrical-Plumbing Infrastructure slice is 24.13 percent, followed closely by the 3G8P (strategic initiatives) category at 22.70 percent. Rounding out the pie is the Southeast redevelopment at 14.93 percent.

The 3G8P bucket consists of projects directly related to teaching and learning facilities and that have been derived from and guided by recommendation of faculty/staff committees that have researched various aspects of the Colleges eight undergirding principles. For instance, classroom modifications and upgrades stem from the work of the Integrated Instructional Learning Environments (ILLE) Principle Committee.

TCC’s bond project has a long way to go, as is evident in the latest monthly report that says expenditures to date are $83.7 million, but the work of the Principle Committees will continue indefinitely. Their task is to search for ways to make the College better, and there’s always room for that. 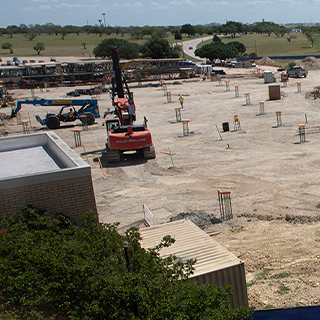