In his 1966 planning document, founding Chancellor Joe B. Rushing wrote that Tarrant County Junior College (as it was then) would “identify and reward excellence in teaching.” Twenty years later, that promise took substantive form with the establishment of the Chancellor’s Award for Exemplary Teaching, now celebrating its 35th anniversary.

Success in teaching has been achieved by many, and the work of some is marked by excellence. It is my feeling that the College should have its own system to recognize those who have demonstrated the highest levels of excellence in teaching.

Campuses were to submit nominations, after which a panel of faculty members would select one honoree from each campus. Winners would receive a plaque and a check for $2,500. 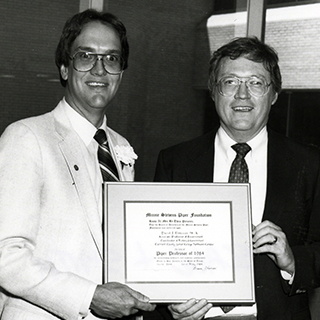 The first-year recipients in 1986 were Jim Nichols from TCC South, Gary Smith from Northeast and Mike Cinatl, then at Northwest and now the recently retired assistant to the president at Southeast. Between them and this year’s recipients (see accompanying article) are another 112 faculty who have heard their names announced at Commencement Ceremonies in the spring or at Chancellor’s Breakfasts in the fall. They included two future campus presidents, Tahita Fulkerson and Elva LeBlanc, and about a dozen deans and vice presidents.

While the checks came in handy and the plaques looked nice on office walls, it was the intrinsic rewards, past winners say, that carried the most meaning. Often, the most cherished aspect was that it came from fellow faculty. “I was deeply moved by the support of other faculty members who insisted I submit my portfolio because, from their lens, my work met the criteria for the award,” said LeBlanc (Northeast, 1987). “I have always been passionate about the work I do and being recognized by colleagues for the work that I love was a huge thrill.” 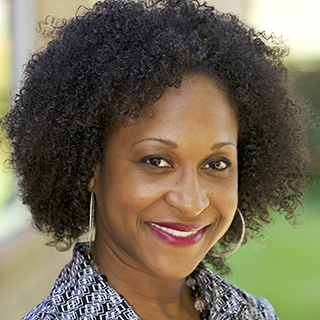 The award was a goal aspired to by Yolanda Parker (South, 2017) but not actively sought. “I didn’t approach my administrators saying, ‘I want to go up for this.’” she said. “They approached me, and every year they approach someone who they feel they want to put forward. That made it all the more meaningful because not only did my administrators notice something in me, but my colleagues—other faculty—were rooting for me, and that meant a lot. 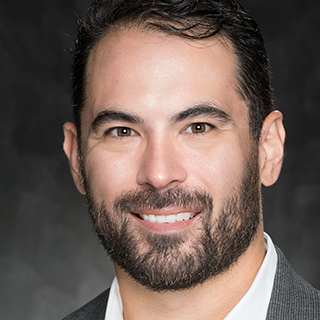 Some recipients, like Thomas Sosa (Northwest, 2017), saw the award as emblematic of the overall quality of TCC faculty. “Here’s what I’ll say about the other (campus) nominees and about other people in our department. They’re amazing,” he said. “And I think that really drives us all to be better—not better than one another, but we all have really high standards of excellence. And I think that seeing these other people and how good they are, mimicking what they do… it can’t help but rub off.” 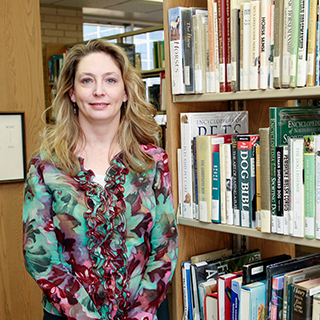 Angela Chilton (Northwest, 2020) also emphasized the award’s exemplary aspect. “As long as I’ve been full-time with TCC, I looked to the Chancellor’s Award as a goal. Not to win it or even be nominated, but to use its criteria to point the way toward excellence. And it also helps me find mentors, to find the people who’ve won it and then just talk to them to find a pathway to excellence.”

David Clinkscale (South, 2000) found the award a challenge to do even better. “It made me realize that I was in the company of some magnificent teachers and that I thus had a lofty standard of excellence to which I needed to hold myself accountable,” he said. “It certainly helped me ward off complacency and make sure that I always gave my very best to my students.” 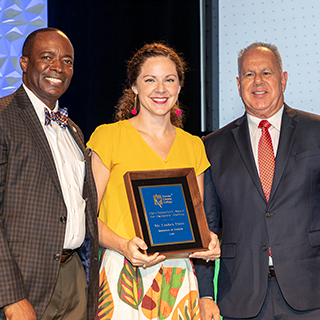 Lindsey Davis (South, 2019) held up her own specific standard of excellence—Clinkscale. “He’s that caliber of professor who is just whip smart, who doesn’t lower his standards for his students,” she said. “He used to say, ‘This is not a feel-good emporium. We’re here to learn and not to get participation trophies.’ His students loved him and probably loved that he wasn’t going to let them slack off.”

But Davis was most touched and heartened by comments from former students. She admits she doesn’t always read end-of-semester evaluations but was required to review them to compile part of the nomination portfolio. “I couldn’t look just here and there. It was the entire gamut,” she said. “I cried so many happy tears.”

It wasn’t the A-grade students who tugged at her heart, but the ones who admitted they’d always done poorly in English and were dreading the class but found Lindsey a game changer. “My number one goal is building their confidence after they’ve been told or believe at some point that they can’t—can’t understand poetry, can’t write an essay,” she said. “And, lo and behold, they find that they can.”

The men and women who have won the Chancellor’s Award come from a wide array of backgrounds. Some have sought and gained tenure; others are happy as instructors. They’ve taught biology, speech, dance, construction, hospitality management, French, dietetics, philosophy, aviation maintenance and just about every other course TCC offers. Some move on to administration; others prefer the classroom. The common denominators are a passion for teaching and a steadfast dedication to making their students successful.