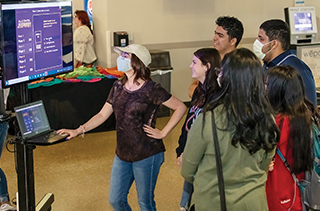 The activities were so successful that DASHH earned TCC Southeast a Chancellor’s Award, became a Districtwide initiative and expanded to include Suicide Prevention Month, Human Trafficking Awareness and Prevention Month, National Drugs and Alcohol Facts Week and Red Ribbon Week to highlight the destruction caused by the use of illicit drugs.

The objectives of the DASHH programming include equipping students to identify and access on- and off-campus resources, and applying knowledge to make healthy life choices related to alcohol, drugs, sexual behavior and hazing. DASHH also helps students develop attitudes, skills and knowledge that will empower them to take actions that ensure the safety and well-being of themselves and others.

“DASHH events range from fun and interactive to workshops, even ‘passive’ programming,” said Kecia Baker-Morris, director of student conduct and prevention education at TCC Southeast. The committee has hosted more than 110 students at an Alcohol Jeopardy event and more than 200 students, staff and faculty at a program on human trafficking.

Baker-Morris says her team is in the process of assessing results of the programming. “We are noticing that we do have repeat students to our events,” she said. “Also, we see a lot of DASHH shirts around campus. Of course, you really don’t know if the preventive measures worked until a student is faced with the situation.” 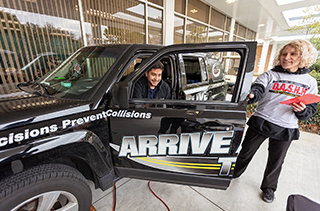 Volunteers also have the opportunity to hone their own knowledge and skills. Student Jeni Green, who worked at a trivia game that promoted understanding of the risks of alcohol, competed alongside her friends when her shift was over. “Both my friends and I were shocked at our lack of knowledge regarding alcohol,” she said. “Many of us realized we had heard alcohol myths and misinformation from our friends. A lot of people got involved due to the fun format and incentives for students to participate. It was an extremely informative experience.” Green said she appreciated that both safety while using alcohol and risks of overusing alcohol were addressed rather than just telling students not to drink, which she believes would not be as effective.

“I also appreciate DASHH’s events that share information and awareness about domestic violence,” said Green. “As someone who is a domestic violence survivor and had to go through years of court battles for my abuser to be prosecuted, the knowledge being spread on my campus mattered deeply to me. DASHH is an amazing organization that allows people to openly talk about things and gives students a safe environment to ask questions without judgment.”

Student Jamea Johnson first got involved with DASHH during the alcohol dangers trivia event, and later participated in a similar game that promoted safe sexual behaviors. “The entire concept of these events is they are meant to remind us that eagerness should not take precedence over safety,” said Johnson. “We’d like to think that we’re mature enough to handle sex, alcohol, parties and drugs, but most of us have got it so wrong!” She continues, “DASHH kind of forces us to remember that we’re human. It reminds us to think before we drink and drive, to use protection and to think about the consequences of our actions.”