Straight from the historic pages of Lewis and Clark’s 1804 trek across western North America to find the most direct route from the Mississippi to the Pacific Ocean, today’s students are using the most prominent and cutting-edge tools to navigate and map waterways in groundbreaking ways. TCC Geographical Information Systems graduates students ahead of the curve for some of the most coveted entry-level positions in the field. 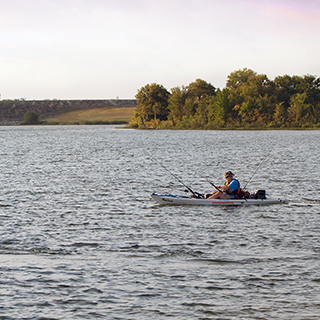 “I like to pitch GIS to anyone I meet because it’s really an insane industry right now where if you were trained in GIS, you can go get a job anywhere. Every city is going to have a GIS department. All the large companies and municipal governments will have GIS departments,” said Ben Eppstein, recent TCC Geographic Information Systems (GIS) graduate and engineering analyst at the Tarrant Regional Water District (TRWD).

In its simplest terms, GIS is a computer system capable of holding and using data describing places on the earth’s surface. GIS is a lot more than that, as anything that can be placed on a map is a candidate for GIS, making its application quite extensive.

“It’s just particularly useful and tied up in the whole big data evolution going around. Essentially, GIS at its core is just a map with a database behind it. It allows you to do geospatial calculations and analysis,” said Eppstein. “In addition, companies have found that to be extremely useful for asset management and revenue analysis. And at TRWD, we definitely use it to manage our assets when controlling the flow of water from our lakes in East Texas to the cities we serve here closer to Fort Worth.”

Some of the most common uses of GIS include inventory and management control of resources, crime mapping, establishing and monitoring distribution and supply chain routes, managing networks, monitoring and managing vehicles. Additionally, managing properties, locating and targeting customers, locating properties that match specific criteria and managing agricultural crop data, addressing public health concerns, mapping wildfire risk and preparedness, modeling hazmat risk, first response and mapping/monitoring/mitigating invasive species all are rising to the top as integral components to be leveraged by the advancement of GIS.

Fort Worth native Eppstein found his way to GIS the way many do: by chance. After his graduation from Fort Worth County Day School in 2008 and a stint at the Georgia Institute of Technology, Eppstein returned to Fort Worth and graduated from Texas Christian University with a bachelor’s degree in Combined Sciences, concentrating in Engineering and Chemistry. Eppstein said the curriculum at TCU contained an obscure GIS course that whetted his appetite for the field. This led him to two of TCC’s GIS certifications.

“I knew I wanted a career in a more of a service-based industry. I really enjoy the public service side of things. I looked at the TRWD, did some investigation and found out there’d be an opportunity to get an internship there while attending TCC. I started working for TRWD in their geospatial department while pursing my certifications in GIS at TCC, which did lead to an internship and my capstone project,” said Eppstein. 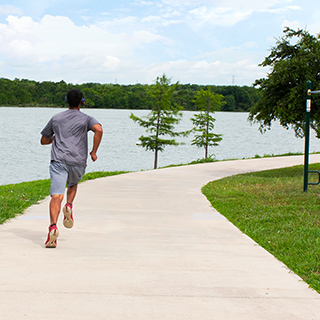 He said the one GIS class he took at TCU helped get his foot in the door, but it was his TCC training that enabled him to develop the skills and certification necessary to begin his career. “Luckily, I was able to develop the TRWD in-house hydraulic model as my capstone project, which is a GIS-based computer model we used to analyze pipeline hydraulics as we move water from our lakes in East Texas back toward the TRWD and the municipalities we service.

“It was just a unique opportunity for me because usually when you do something like that, you’d have to have some people who understood the GIS background of it and then understood the engineering of it. But fortunately, I had background in both and therefore, was able to take that on as a project and carry it to completion and see and use it in my job everyday as we monitor and control the water needs of the area in real time,” he said.

According to Taylor Hughlett, associate professor and GIS program coordinator, GIS is one of the nation’s fastest growing career paths. “It’s all technology-based and we are evolving with the technology all the time. So, it’s not something that is specific to one individual field, because there are wide applications, both public and private, for GIS technicians,” she said.

TCC’s GIS curriculum is guided by an advisory board—a group of individuals working in the industry—which guides TCC on the relevance of what graduating students need to know to succeed in the classroom, in industry as an intern completing a capstone project or a new hire on their first day on the job, according to Hughlett.

“Exciting aspects of the potential of GIS exist today and are moving forward. It’s an application for industry, including marking, marketing and health services, even as far as disaster management and of course, geology. With GIS not limited to one field, and with a projected growth of 7 to 10 percent over the next 20 or 30 years, we are incredibly excited for our current students and those we’re recruiting,” said Hughlett.

TCC’s GIS program falls under the category of a workforce education program, and as such, a curriculum advisory committee is part of its structure. The committee, consisting of local professionals working in the GIS industry and including many former TCC graduates, reviews the GIS program at TCC and suggests any changes to align it with current trends in mapping technology. GIS as a technology changes quickly and it is important that students are learning the things that will help them compete successfully for the best jobs.

“A consistency that’s very important to highlight is that the program started in 1999 at the TCC Southeast and in 20 years has a 100 percent employment rate for students completing the AAS in GIS,” said David Allen, TCC GIS advisory board member and GIS manager for the City of Euless.

“Had I not been able to go to TCC, get certified and gain the training and skill sets that I was able to develop, I wouldn’t be in my current position. Because even though my career path is more focused on civil engineering rather than pure GIS, having these skills makes the work I do more marketable. Having these GIS skills is becoming more and more valued across industries,” said Eppstein.