Single mothers often face significant challenges, including financial insecurity and caregiving issues, when it comes to completing postsecondary degrees. According to the Institute for Women’s Policy Research report, “Investing in Single Mothers’ Higher Education: Costs and Benefits to Individuals, Families, and Society,” only eight percent of single mothers who are enrolled in an associate or bachelor’s degree program graduate within six years. Additionally, as many as 89 percent of single mothers have low incomes and are likely to incur substantial student debt, due in part to the high cost of child care, which can run as high as one-third of a single mother’s median income. Most notably, child care for students at higher education institutions has been declining across the country.

If anyone understands the totality of these challenges, it is Gabby Hall. A single mother of three girls, ranging in ages from 10 to 17, Hall is working on her associate degree at Tarrant County College. “I have been through some really tough times,” she said. “Paying important items to keep the water on and the rent paid. Not eating just so they (her daughters) could eat.”

Hall says although it was hard to leave the girls’ father and risk him not helping, it was much harder to stay in that bad situation. “I became a happier person and better mom by taking one of the toughest steps in my life.”

When her oldest daughter, Jeslyn, began rejecting the idea of a college education, Hall worried that decision might stem from the fact that neither Hall nor her ex-husband have college degrees. That realization spurred Hall to check into college for herself. “I wanted to show her it is important and ‘walk the talk,’ so to speak.”

Hall’s commitment to getting a degree is having an impact on Jeslyn. “It means a lot to me to watch my mom work so hard to finish college to get her degree. She has always been a hard worker and always thinks of us. When she started to get her degree, it was a happy moment for me to know she wanted to go farther in her career,” she said. “If anything, it just shows me that if life throws a curve and keeps you busy, with enough determination, you can still get your degree and go to college.”

Hall says she chose TCC because it was nearby and could be managed with her work schedule. TCC also did not seem as intimidating as other schools. “At my age, going back to school at TCC, I could blend in more,” she said.

While working at Walgreens, Hall became friends with Amy Wood when Wood transferred to the same pharmacy in 2011. The two friends shared common ground: they both have three girls and share similar parenting styles. Unfortunately, they both had troubled marriages that ended. “We became each other’s support when needed. Being able to go to work and talk to someone who understood my situation made things a lot easier,” said Wood.

Hall encouraged Wood to start school. “She held me accountable for taking my first step in the enrollment process, and I can’t thank her enough for that,” Wood said. “I didn’t even know where to begin, but she gave me advice and got me started.” 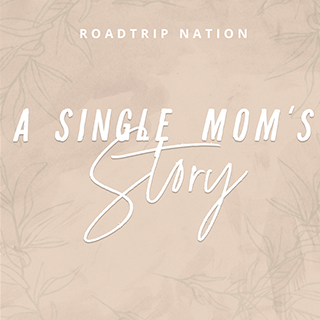 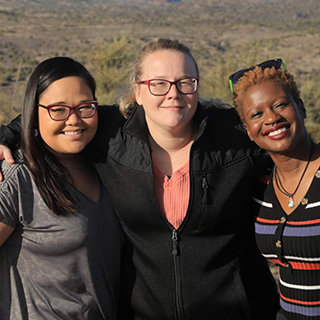 In addition to her friendship with Wood, Hall found camaraderie with two other single mothers when she was selected to appear in the documentary, “A Single Mom’s Story.” Produced by Roadtrip Nation, an organization dedicated to helping people find career and life fulfillment, the documentary featured the three mothers exploring new careers as they worked on their education. Traveling together throughout the country in an RV, the women interviewed other women who successfully found fulfilling careers as microbiologists, professors, authors, artists and more.

Hall found out about the documentary through Brentleigh Snyder, a master social worker with Catholic Charities Fort Worth. Their program, Stay the Course, helps students become familiar with the college system and manage situations outside of school that affect their ability to work toward graduation. “My job (and passion!) is to assist students with identifying their educational, personal and financial goals,” said Snyder. “I collaborate with students to get (them) connected to community support and services to help them deal with life obstacles to ensure they are able to meet their educational goals.”

After another Catholic Charities employee shared the application for the documentary with Snyder, she says she instantly thought of Hall. “She is one of the hardest-working moms I have ever met, and I thought this could be the opportunity she needed to chase her dreams while continuing to provide for her children.”

Documentary co-producers Lori Benitez and Jasmine Spearing-Bowen said the road trip was fueled by the ECMC Foundation “which has made it one of their priorities to help single moms succeed in higher education.” According to the producers, ensuring single moms have access to educational pathways like community college and connecting them to extra resources they may need is important. “We hope to show single mothers that they aren’t alone—that there’s a community of people waiting to connect with them and support them as they pursue their education. We also wanted to show educators and policymakers how they can start tearing down those roadblocks and help single mothers succeed.”

Hall was chosen to be in the documentary because Benitez and Spearing-Bowen liked her openness and honesty. “Her story felt like it’d be relatable to so many, both in her journey as a single mother and in her dilemma of trying to choose between going down a path toward the career she felt she should do versus what she wants to do. Our road trips are designed to help people navigate exactly the types of questions Gabby was facing, so we knew this experience could be something special for her.” 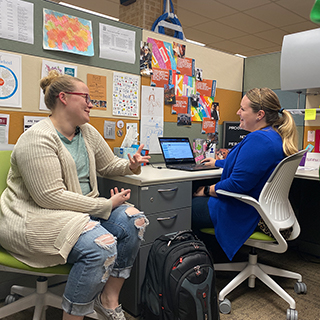 The producers say they like to include interviews that can reach a broad range of viewers, not just the road-trippers, so the film includes advice viewers find relevant. “The response has been amazing!” according to Benitez and Spearing-Bowen. “We recently screened the documentary as part of a live event for single mothers, and they called it ‘inspirational’ and ‘heartwarming.’” They went on to say, “If you’re a single mother, there are tons of resources and an incredible support system out there for you. You don’t have to do it all alone—you just have to reach out and make those connections.”

While the experience was rewarding for the road-trippers, it was challenging, too, because of “serious mom guilt,” Hall admitted. “It was very hard for me to enjoy having fun without feeling ashamed that I was doing all of those things without my kids.” Turns out, all three of the mothers felt that way. “I realized that they were going through the guilt thing just as much as I was, and they were missing their kids as well,” she said. “That really helped me to know I wasn’t alone in my feelings.”

The interviews the moms conducted on their journey were enlightening. These women with careers such as attorney, designer, microbiologist, nurse, politician and professor were single mothers as well. Each of them had valuable advice for the moms.

Hall entered college just to be a role model for her daughters. “I think it is extremely important for them to see me working hard at it,” she said. She acknowledges managing motherhood, school and work is a balancing act. “I study and do homework with my kids when they do theirs,” she admits.

While she originally planned to major in Nursing, with her recent promotion to store manager at Walgreens, Hall is now thinking of majoring in Business instead. She is leaning toward pursuing her bachelor’s degree in Business at The University of Texas at Arlington. “It makes more sense at this point. I am making good strides in this position, better than I thought I would, so I can see myself to continue to grow,” she said. 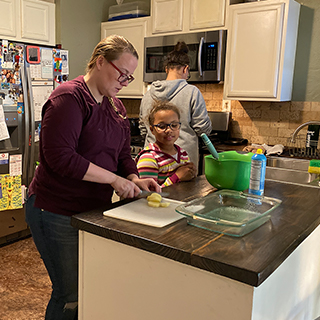 So, why is it so hard for moms to work on their education? “I think the reason is because they are moms,” Hall said. “As moms, we are hardwired to put our kids’ needs above our own. I have done it, and I still do it.”

She encourages colleges to specifically reach out to single mothers. “I think we need to be shouting resources from the rooftops,” she said. “Have childcare easily accessible and at all different times and days.”

Wood agrees. “Providing an affordable childcare option would be great for single mothers—either one on site or even just a discount on childcare. This would help prevent mothers from having to work multiple jobs and allow them the time they need to devote to their education.”

Gabby is so resilient. She takes whatever challenges life presents and faces them head on. She is bold, brave and willing to learn. Her journey is much like any other college student—everchanging. What makes her unique is, though she is a student, she is a mom first and that has never wavered.

In turn, Hall praises Snyder. “Every single mom should have a Brentleigh in her corner.”

Snyder urges single mothers wanting to work on their education to reach out to Stay the Course for assistance. “You have been selfless for so long and so focused on others. Stay the Course will allow you the time you need to focus on yourself. We are here to provide additional support, collaborate with you and cheer you on.”

Hall also offers encouragement for single mothers who want more for themselves and their children and are considering education as the path for both. “There is help and resources out there for you, but you have to dig, Momma! Google, talk to other moms, reach out to your campus counselors, get involved on your campus and find those opportunities,” she said. “Most states have resources. Don’t be ashamed to ask for help. As I learned on my road-trip adventure, the most flattery you can give someone is to ask for their help.”

TCC offers a number of resources tailored to meet the needs of single mothers and student parents: