How many times has this happened? Someone is in a waiting room at a doctor’s office or while getting a car serviced, and it’s taking longer than expected. After scrolling through social media on a phone and finding nothing new, they open an app to play a game. Nothing too hard, nothing requiring too much brainpower. Just a simple game to pass the time. But what if that game were making them smarter? Or helping them earn a living wage? In one way or another, games have relevance in every season of life.

Baby Not on Board 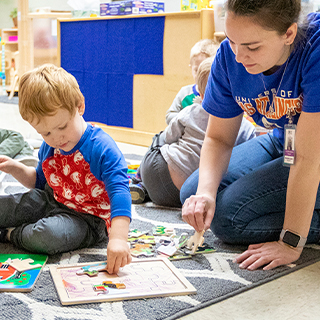 A newborn baby or a toddler wouldn’t understand how to play a board game like chess or Monopoly but playing other types of age-appropriate games is vital to their development. “Playing is how children learn,” said Lisa Self, program coordinator of child development at TCC Northeast. “Any games that are played with babies, toddlers or preschoolers help them to make more connections in their synapses in their brains. The more connections, the better brain function.”

Games can teach children many things, like following the rules, taking turns, solving problems, social development and seeing another’s perspective. “The more positive, engaging experiences children have when they are 0 to 3 years old, the better they will do in school,” said Self.

But Self warns, competitive games are not developmentally appropriate for young children. “Yes, they need to learn there are winners and losers in the world, but we need to think about the purpose of the games at this age. Young children are not ready to be told they are the ‘loser’ when they play games,” added Self. “We want to encourage children to play and learn, not to dislike games because it made them sad.”

According to researchers, there are three dominant ways a person learns new information or skills: by seeing, by hearing or by doing. In the popular television show, The Big Bang Theory, Sheldon claimed he learned how to swim by reading a book about it. The other characters laugh because they know it is highly unlikely to learn such a physical skill from only reading about it. Some skills can be learned only by doing them.

In the same way, lessons taught in the classroom must be presented in different and unique ways. “It’s being done via game-based learning,” said Johansen Quijano, associate professor of English at TCC Trinity River. “Instructors are making more engaging classes and reward systems for students, which leads to heightened interest in the course. Through game-based learning, instructors are using games to introduce topics, explore themes and engage in practice.” 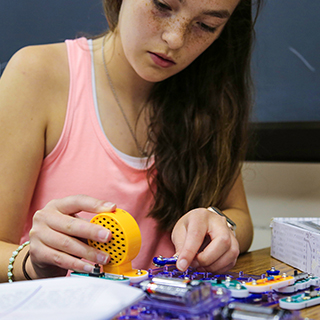 Allegra Davis Hanna, instructor of English for TCC Connect, agrees. “Hopefully the classroom of the future will look a little chaotic, because so many students will be active, discussing topics, creating things, helping one another and getting excited when they understand something new.”

TCC is focusing on Engaged Learning as a part of its Three Goals and Eight Principles (3G8P) work. “Engaged Learning is about the learner being an involved participant in the process of finding, examining, applying or reframing information,” said Hanna. “It focuses more on developing skills than transmitting knowledge. Many games can help students process and understand information.”

Games have been a part of society for many millennia. The ancient Olympic games are believed to date back more than 2,000 years. On the opposite end of the timeline, modern-day companies like Amazon have created an app to turn the tedium of warehouse work into a game. Packing items efficiently into boxes or loading trucks for delivery is like real-life Tetris.

“Gamification is the practice of adding a game layer and playful components to activities that are not inherently playful,” said Quijano. “Many organizations, especially businesses, are trying to use gamification to bring in new consumers and keep their current consumers engaged.”

Yearly gaming events at various TCC campuses called “Gaming for Change” bring together faculty, staff, students and community members to compete, build communities, learn from each other and win prizes. Earlier this year, more than 70 people attended “The River Speaks Presents: Gaming is Everywhere” event at TCC Trinity River. The event included speakers on the topics of e-sports, careers in gaming and app development and finding wellbeing support through gaming communities.

Quijano concluded, “A recent paper I read shows that games can inspire creativity, serve as stress release, enhance memory and help build communities. There is a caveat, though, and it’s that the gaming can’t be forced. If someone is forced to play a game, not only will they not see the benefits, but they will also likely grow to actively dislike them.”

TCC offers many different courses of study for students who want to pursue a career in gaming-related disciplines.

In two years or fewer, a student can earn an Associate of Applied Sciences degree in Game, Simulation and Animation Design or a Level 1 or Level 2 certificate in programming or design.

After completing a course of study, students will have professional demo reels that can be used for entry-level job interviews in video game development, game/tv/movie animation or motion graphics designing.

Types of Games and Skills Development

Games where the story clashes with the gameplay (“Skyrim,” for example, gives the player an “urgent mission” then lets the player explore the world) can help players develop analytic and critical thinking skills.

Massively multiplayer online (MMO) games (“World of Warcraft,” “Skyforge” and “Trove”) can also be a practice ground for developing social awareness and other social skills.

Please review all games for age appropriateness before allowing a child to play. 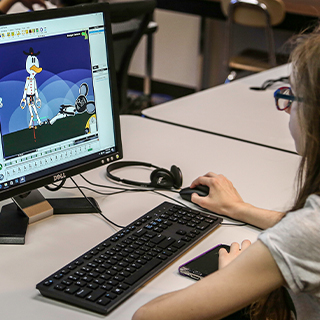